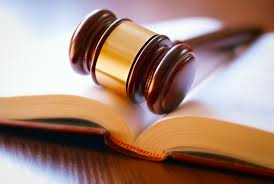 Department of Private Law of the Faculty of Law of Ruse University “Angel Kanchev” email t.gradinarova@abv.bg

Summary: The reason for the arguments in this report is one of the proposals for a bill for amendment and supplement of the Civil Procedure Code (CPC). The proposal was made by a group of members of Parliament with invoice No 654-07-84 from the 07th July 2016 with which the scope for disputes which cannot be subject to an arbitration agreement under Article 19, para 1 of the CPC it includes the disputes in which one of the parties is a consumer as well as the inclusion of a strict new regulation within the scope of issuing of writ of execution, according to which: ‘the court shall deny an issuing of writ of execution on the merits of void judgments under the assumption of Article 47, para 2 of the International Commercial Arbitration Law’. The imported bill was accepted at first on the 06th October 2016. The motives regarding the proposals are publicly known – the aim is to avoid this malpractice, created by various arbitration courts in the hearings upon disputes with the participation of consumers. This gave an effect and motivated it to raise the topic for discussion to which extent the powers of the court in issuing of writ of execution shall find an arbitration judgment void, held by an internal arbitration court under a dispute which cannot be subject to arbitrary agreement. Merits for conclusions in the report are being sought in the nature, in the subject at issue, the purposes and functions of the issuing of writ of execution.